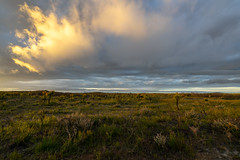 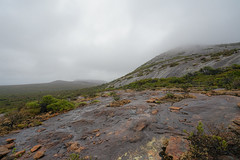 A post from the present: winter is here and so far, southwest WA has had a small but significant amount of rainfall. That means fungi! Now that the season has started, I’ll be posting photos of my mushroom finds throughout the winter. Today’s post is images from the area of Nannup, where I stayed with some friends and took some time to explore.

One of my current main interests is the medicinal mushrooms of the polyporaceae, including Trametes versicolor and Ganoderma species. There is significant evidence that these mushrooms can be used to treat some types of cancer, some viruses, and a range of physiological diseases. Trametes, called the Turkey Tail mushroom because of it’s concentric rings of colour, is also interesting biologically and ecologically. It occurs in many countries around the world and grows on many different types of wood, and has even been found to be able to decompose trinitrotoluene (TNT), the explosive in dynamite. It is highly variable in colour, as you can see by the following photo, which shows much paler specimens. Other mushrooms of this species that I have seen have quite striking concentric rings of brown, grey, and white, which accounts for its common name.

Another fungus that I saw the jarrah forest was this Gymnopilus species. I suspect this one is G. pupuratus, also known as Laughing Gym, a species that is also reputed to have ethnopharmacological potential as an hallucinogen. It does not appear to have entered the Western Australian psychoactive mushroom seekers’ culture to the extent that a certain other taxon has, probably due to the fact that it is from a taxonomic group that is not well-known globally for its psychoactivity. It may also be weaker or more variable in potency, and hence less reliable as a drug, but the common name speaks volumes. There are very few internet reports of its use. I admired its perfect form and fleshy orange skin without the temptation to perform any pharmacological analysis using my own neurology. I have found them growing in damp areas on Banksia and Melaleuca logs many times before. This one was growing from an old jarrah log.

EDIT: I have since brushed up on my Gymnopilus identification skills, and I do not believe this one to be G. purpuratus – however I don’t know what it is! Any suggestions welcome. I am still learning about these fungi.

There are several large areas of pine plantation near Nannup, and I went for a wander to see what I could find amongst the leaf litter. The most common were Slippery Jacks, Suillus luteus, a large mycorrhizal mushroom in the bolete family. These are reputedly edible, and I have eaten them; but I will continue to refer to them as ‘reputedly edible’. To make them palatable, you are advised to remove the tough skin from the cap, and also the pores underneath the cap, leaving only a small wad of mushroom flesh. This may then cause mild to severe gastrointestinal upset, although some people continue to claim they eat them without a problem. I ate them in Ecuador, picked from a pine forest near Vilcabamba. I found the taste acceptable, however the sliminess was a bit much for me, and the meal left me with a vague nausea. I won’t eat them again unless I have to.

Also amongst the pines in Nannup I found these tiny mushrooms which are probably in the genus Mycena. Due to a few dry days, the caps had started to shrivel, but they were still pretty cute.

After a day of fungal foraging, I was rewarded by this spectacular sunset through the trees. The light was like honey, trickling through the smoke from a fire on a neighbouring property.

I’ll be adding further posts over the next month or two with my winter adventures. Enjoy.